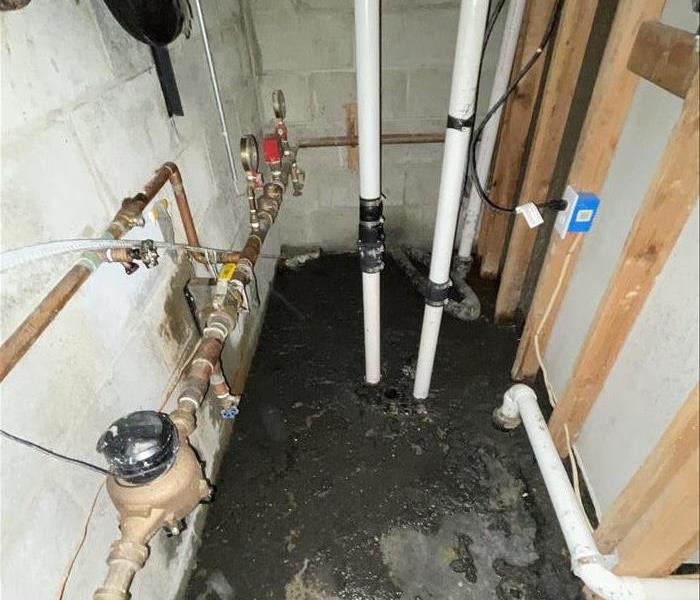 Continual heavy rains hit this Jerome Park homeowner’s neighborhood, leading to a flood in their basement. Having experienced this frequently, the homeowner was prepared, with a sump pump being installed a number of years earlier. Unfortunately, this sump failed, resulting in the water damage you see above. Needing backup, this homeowner made the wise decision to contact SERVPRO of Yonkers South.

At SERVPRO, we’re keenly aware that any property is at the whim of Mother Nature, and heavy rains are no exception. That’s why we put in the effort to train entire teams of mobile disaster mitigation crews, equipped with all the skills, tools, and knowledge to return your home or business to normality when disaster strikes. Whether it be storm, flood, fire, or mold, SERVPRO is faster to any size disaster.

After donning booties to prevent the spread of mud throughout the rest of the home, our team began removing the mud and water from the basement, thoroughly cleaning the affected floor and wall. After the crew was satisfied with the water removal, a thorough drying process began to prevent further moisture lingering in the basement from causing issues later on. When your “plan A” fails, we at SERVPRO pride ourselves in being the “plan B” you can depend on.