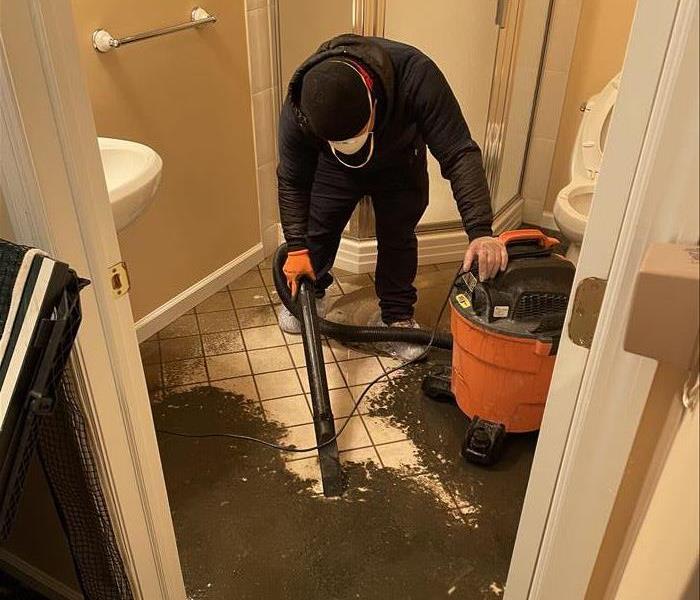 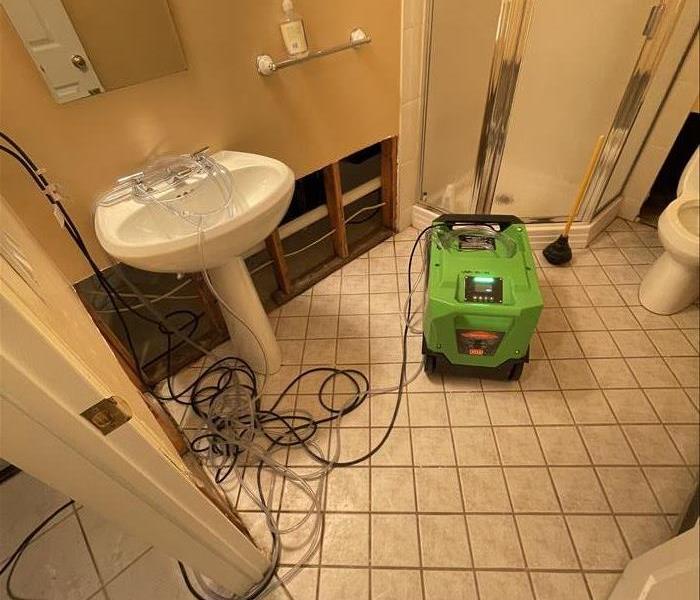 Every homeowner’s worst nightmare was realized in this idyllic Riverdale, NY residence when a sewer line became backed-up, resulting in a first floor bathroom being completely wrecked beyond recognition. Knowing this was a severe emergency, the homeowner immediately called SERVPRO of Yonkers South to fix the biohazard disaster.

On-call 24/7, our crews were able to heed this homeowner’s distress call immediately, arriving at the home within a couple hours of the disaster even happening. Clearing the area of any belongings, our crews donned their protective equipment and began the cleanup process.

After clearing the backed up pipe, the SERVPRO team began removing any sewage from the bathroom with a wet-vac. After the refuse was taken off site, the team began stripping away any affected drywall in the bathroom, with the contaminated materials transported off-site before being replaced. The last task was a final cleaning and sterilization of the room to prevent future problems down the line. When the dust had settled from this sewage backup, the home looked "Like it never even happened."