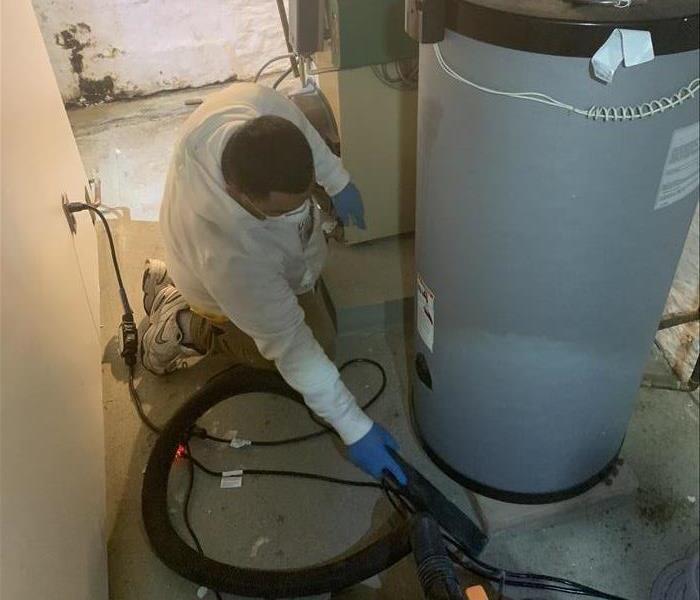 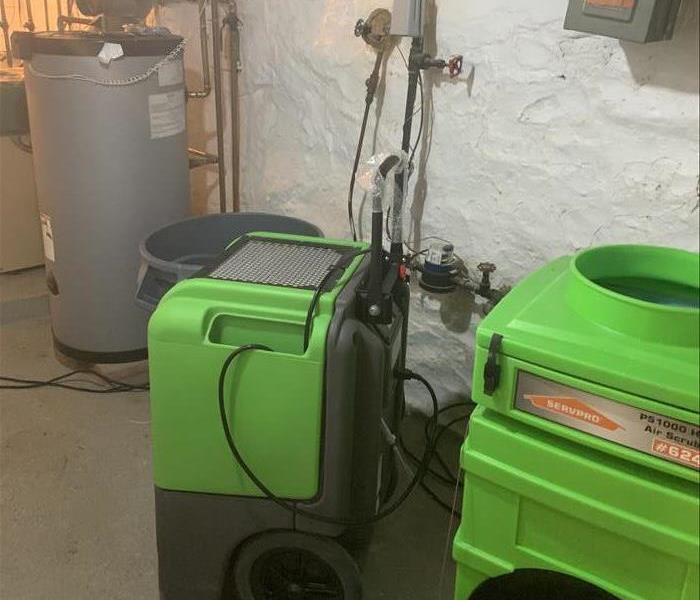 This Marble Hill, NY homeowner was dismayed to find a leak had formed in their water heating system. This had resulted in a slow, but steadily growing puddle underneath the unit, which threatened to damage the surrounding drywall and belongings being stored in the basement. Knowing not to panic, this homeowner knew exactly who to call.

Knowing that every passing moment, the puddle was growing closer and closer to damaging the home further, the homeowner reached out to SERVPRO of Yonkers South to come to the rescue. Arriving on the scene same-day, our crew was able to move any belongings out of the way to prevent further damage, and clear an area for work.

Extracting the water with industrial vaccums and cleaning up the mess left behind on the floor, the crew worked to solve the leaky heater’s issue and thoroughly dry the area. After all residual water was removed, the crew sprayed an antimicrobial agent on the surrounding area to prevent any molds from forming down the line. Pulling out all the stops to ensure the job was done properly, our crew also deployed several dehumidifiers and drying units to soak up any extra moisture lingering in the air. When the dust had settled from this water heater leakage, this homeowner’s basement was left looking “Like it never even happened.”